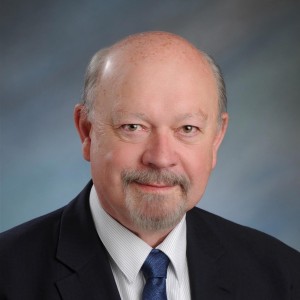 Last month, Gov. Chris Sununu vetoed three gun safety bills, one of which (HB 564) would have prohibited unauthorized guns in our schools and on school grounds. Exceptions were made for law enforcement personnel, any person picking up or dropping off students provided the gun(s) remained in the vehicle, and any person authorized by a school board – or its designee – to possess a firearm on school property.

In vetoing the legislation, Sununu wrote that the three gun safety measures he vetoed (HB564, HB109 and 514) would not “prevent evil individuals from doing harm.”

Of course a person really intent on doing harm would ignore warnings to keep guns off school property, but maybe – just maybe – HB 564 would keep people from doing something really stupid or dangerous.

In 2017 and 2012, NH legislators dropped loaded guns, which they were legally carrying, during public hearings in the Statehouse. Could that happen in our schools? Of course it could.

Just recently, a man was accused of walking into a Walmart in Missouri equipped with body armor, a handgun, and a rifle less than a week after a gunman killed 22 people in a Texas Walmart. He reportedly told his sister it was “a social experiment on how his Second Amendment right would be respected in a public area.”

How are school officials supposed to react if they see a man equipped with body armor, a handgun, and a rifle approach the school building? Do they have to wait until the individual crosses the “no visitors beyond this point” line before calling for assistance — because of Second Amendment “rights”?

This Missouri resident now faces a charge of making a terrorist threat in the second degree. The prosecuting attorney stated, “Missouri protects the right to open carry a firearm, but that right does not allow an individual to act in a reckless and criminal manner, endangering other citizens.” He continued, “As Justice Oliver Wendell Holmes famously explained, ‘The most stringent protection of free speech would not protect a man…falsely shouting fire in a theater, causing a panic.’”

In a press release issued last month, House Majority Leader Douglas Ley said, in part, “It is alarming to realize that in the most developed nation on earth, our kids are afraid to go to school. Quite frankly, they have good reason to be….In the first 8 months of 2019 alone, there have been 57 recorded instances of gunfire on schools grounds. As the levels of gun violence in our schools grow to unprecedented levels each year, our leaders continue to send their thoughts and prayers and nothing else. Our children, teachers, and parents become more and more traumatized with fear that their classroom could be next.”

House Bills 109 and 514would have required background checks for commercial firearms sales and imposed a waiting period between the purchase and delivery of a firearm, respectively.